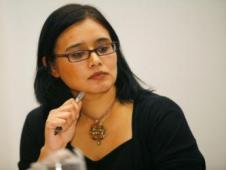 Now that the Supporting People (SP) Fund is no longer ring fenced, what is the future for domestic violence services? Services like Newham Asian Women’s Project, that support women and children fleeing violence rely on this fund for their survival.

A survey by Women’s Aid found that 37% of domestic violence services were facing serious cuts. With SP budgets being reduced in some parts of the country by as much as 50%, the risk of homelessness, repeat victimisation and homicide are escalated for vulnerable women and children.

Cuts have forced domestic violence services to halve their capacity in many cases. Accommodation-based services and floating support, both used to support women facing domestic violence (DV), are specifically under threat. The two key functions of Supporting People (SP) were to fund early intervention and prevention through strengthened frontline support and person-centred, user-led services. Evidence tells us that early intervention and prevention actually produce efficiency and effectiveness, saving money in the long run. In other words, if DV services weren’t broke, why did they need fixing?

In a recession, expediency is confused with efficiency. Where is the data to prove these cuts will improve efficiency? We should strive for services that support more women in the least amount of time, permanently and safely housing them.

Under spending cuts, we are seeing words like ‘empowerment’ and ‘person-centred’ being re-defined to mean faster resettlement times. This can compromise the goal of finding a woman and her children safe and affordable permanent accommodation. A support plan for a woman who takes 12 months to re-build her life after years of domestic abuse is not considered ‘effective’ in the new economy. But the reality is, genuine resettlement can take time.

Problems delayed rather than addressed

Cuts are inevitable but the specific situation of vulnerable people should be central to arguments about where/when/how to cut. In London domestic violence services represented about 3% of the overall SP budget and a 50% cut could mean that only 1.5% of the budget is spent on domestic violence.

The affect is that problems are being delayed rather than addressed. This is more costly and presents far greater risk to women and children. In deciding upon cuts, we encourage local authorities to take account of the valuable role played by women in the local and national economy by safeguarding, promoting and protecting grassroots women’s organisations in policy and strategy.

Bigger is not always better

The knee-jerk solution that ‘bigger services are better’, or that ‘expediency produces efficiency’ ignores the evidence that many grassroots women’s organisations have been running efficiently for decades. We call on local authorities to set supplier diversity goals which ensure a range of suppliers in a mixed economy with a specific focus on grassroots women’s organisations.

Disclaimer: Blogs do not necessarily reflect the views of Voice4Change England.